In order to learn Chinese characters more effectively, one should know well the radicals, the basic components of the Chinese characters. A Chinese radical, a so-called 部首（bù shǒu）, literally a section header, is a graphical component of a Chinese character which is traditionally listed in a Chinese dictionary. The component is often a semantic indicator, indicating the meaning of the character. While in some cases,  the radical may be a phonetic component or even an artificially extracted portion of the character.
By knowing the radicals well, one can recognize, remember, write or even reproduce the characters more easily and efficiently.  The following is a selection of forty radicals one should know and practice well when starting to learn Chinese characters. (40 Radicals are compiled with the same order at Integrated Chinese Level 1 Part 1. The smaller pictures of Hanzi were edited from the textbook of New Practical Chinese Reader 1.; while the bigger pictures and the description were taken from The Way of Chinese Characters "汉字之道“)

Click on each Radical in the following and view its stroke order. 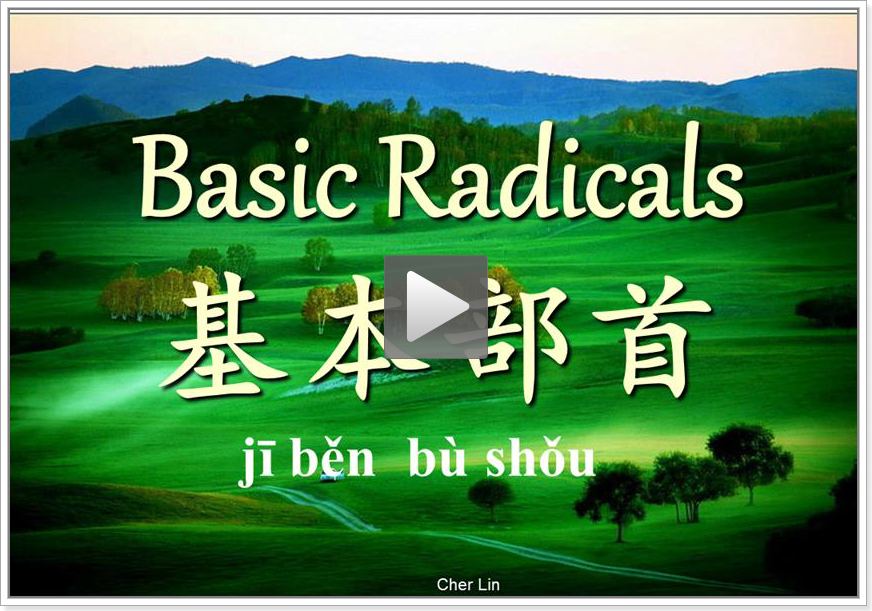