這是QU文理學院年度的師生同歡晚會。 中文學生根據中國四大古典名著其中三部中的角色，身著中國傳統服飾。 這三部名著是“白蛇傳”、“牛郎織女” 和 “孟姜女哭倒長城”。進京趕考的學者服飾也在這邊介紹。由於女性角色的短缺，“織女”的角色由男學生扮演，感謝這位學生的傾囊相助。It is a yearly QU CAS Cabaret, at which Chinese students had dressed up traditional Chinese costumes mainly based on the roles from three of the Four Chinese Classics, "The Legend of the Lady White Snake", "Cowherd and Weaver", and "Meng Jiangnu Cried the Great Wall Down". The outfits of the old time scholars heading for Imperial Examination were also show-cased here. Due to the shortage of the female role, the character of "Weaver" was cosplayed by a male student, whose assistance was greatly appreciated.

The Introduction of Chinese Costume

The Introduction of Chinese Costume Chinese clothes will be the clothes, ancient and modern day, which the Chinese folks wore. Chinese clothes have varied by area and time, and are recorded by the artifacts and arts of Chinese culture. Standard Chinese clothing is broadly known as hanfu with many variations such as conventional Chinese academic dress. Clothes in China didn't only evolve with time; it often transformed substantially following Dynastic modifications or the Imperial decree of a new ruler. In ancient feudal society, people's rank and position could easily be distinguished from their every day dress, specifically for the ordinary individuals and upper-class. 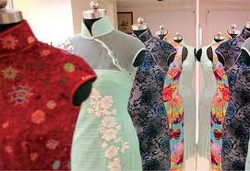 The Chinese Costune in China Today

There's no "typical" Chinese costume, although right now, if any 1 style of clothes epitomises "Chineseness", it will be the Cheongsam, or Qipao, which evolved from ancient clothing of the Manchu ethnic minority. Well-liked because it fits the Chinese female figure effectively, has simple lines and looks sophisticated; it truly is suitable for wearing in all seasons by young or old and can either be lengthy or brief. It really is recognised about the planet and has inspired several foreign adaptations due to its basic yet exotic lines. It is popularly worn in northern China because the wedding dress, traditionally Red, embroidered with elaborate gold and silver patterns. Brides in southern China wear Qipao or even a two-piece dress name Qungua or Kwa, which is also elaborately adorned with a gold dragon and phoenix pattern.Hope you are able to come china and have your china holidays with best china travel.

A basic female costume is a silk brocade dress. Just as in the Mandarin lord costume, silk brocade fabric is required for the dress to appear appropriate. A patterned dress also looks better for this dress. Girls with longer hair will need to tie their hair back into a bun. A matching fan goes properly with this certain costume. Stay away from employing a lot of make up with this costume. A silk brocade dress and heavy make up will generally appear much more like a Geisha costume than a Chinese dress. Using a matching fabric towards the shirt inside a Mandarin lord costume tends to make a great costume for any couple. For women, a transformation from the classic qipao resulted inside a slender and type fitting dress using a higher cut, resulting within the modern image of a cheongsam but contrasting sharply with the standard qipao. The abolition of imperial China in 1912 had an instant impact on dress and customs.

1. The Qin and Han dynastieswitnessed the unification of territory too as written language. Qin Shihuang, the initial Emperor from the Qin Dynasty, established several social systems, including one for uniforms to distinguish people's ranks and social positions. China's full code of costume and trappings was established within the Han Dynasty. The yarn-dyeing, embroidering and metal-processing technologies developed swiftly inside the period, spurring alterations in costume and adornments.

2. Chinese clothing seasoned a rapid development throughout the Wei, Jin, and Southern and Northern dynasties, Prior to 265, the cultures and esthetic views of the peoples in north and south China merged because of the moves initiated by frequent wars. A lot of philosophical schools of thought influenced both people's lives and also the conceptions of clothes style.

3. The Tang Dynasty wrote essentially the most brilliant page within the background of Chinese clothing. People's clothes were much more varied than just before because the state was more open towards the outdoors globe and men and women became far more cosmopolitan in their considering. The clothes for girls may be known as fashionable because they changed rapidly and were showy. Once only a new style came out, many people will be prepared to take it.

4. Casual wear appeared throughout the Song Dynasty, and clothes had been straightforward and stylish.

5. During the Yuan Dynasty, the Mongolian ethnic group, known because the Folks on Horseback, were in energy. The style of clothing was primarily a combination of Mongolian and Han. Clothes were luxurious for upper class however straightforward and unadorned in design.

6. Dramatic adjustments took location in the course of the Ming Dynasty. A new conception came into becoming in clothes style, with no limitation to one particular style and advocating natural beauty, thus bringing vigor and vitality to the clothing culture.

7. The rise in the Manchu Qing Dynasty in a lot of ways represented a cultural rupture together with the previous, as Manchu clothing types had been required to become worn by all noblemen and officials. The Qing initial implemented queue laws that required the populace to adopt Manch hairstyles and clothes or face execution. Eventually, this style became widespread amongst the commoners. A new style of dress, called tangzhuang, included the changshan worn by men as well as the qipao worn by girls. Manchu official headwear differed from the Ming version however the Qing continued to work with the Mandarin Square.

China clothes may be the emblem of Chinese tradition, at the same time as an essential element within the background and culture of every dynasty. The costumes maintained a vital place in Chinese culture for thousands years. The culture of China is ancient and effectively established, brilliant and resplendent. The China costumes are likewise magnificent and colorful. There had been many dynasties throughout China's history, each and every getting its personal special function of clothes. As a result of reasonably plain design and structure of conventional Chinese clothing, embroidered edgings, decorated bands, draped cloth or silks, patterns on the shoulders, and sashes had been often added as ornamentation. Every dynasty in China had its own memorable 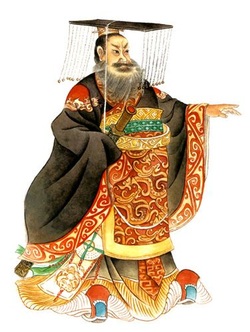 1. Qin Dynasties
The style of dress in Qin and Han dynasties were dramatic. The Emperor Qin believed that the Qin dynasty would subdue the Zhou dynasty like water extinguishes fire. For that reason, because the Zhou dynasty was "fire superior to gold, its color becoming red," the preferred color of the Qin dynasty was black, considering that the color black was related with water. As a result, within the Qin dynasty, black was the superior color to symbolize the energy of water, so clothing and adornments had been all of the color black.

4. Song Dynasty
Song Dynasty clothes might be divided into three categories of style. A single was developed for the empress, the noble concubines, and females of all levels of "government uses"; one more style referred to as "formal clothes" was for ordinary individuals; and one particular style was casual for everyday use.

5. Yuan Dynasty
Within the Yuan dynasty, "Zhi Sun dresses" were well-known. All government officials wore them to attend feasts inside the palace. Musicians and bodyguards also wore them. This sort of clothes was worn by all classes of individuals, and could be produced from materials of varying weight and top quality.