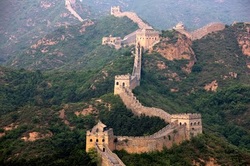 1. The Great Wall
Great wall is the most famous attractions in China. It is the symbol of China. Great Wall of China has a long history, which can be dated back to Qin dynasty. There are many sections of Great wall. Famous sections are including Mutianyu, Badaling, Simatai. You can see the three sections from Beijing. Taking one hour or two hour to walk up the great wall is a very interesting thing to experience the civilization of Chinese ancient people and history of China. 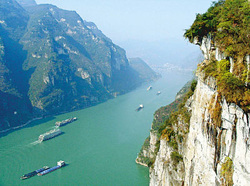 2. Yangtze River
The mighty Yangtze River is the third-longest river in the world and home to more than 300 million people. To see the power and majesty of China's greatest river aboard a cruise ship is an unforgettable experience. The scenery is breathtakingly beautiful. As the ship passes through deep valleys of lush green hills and narrow canyons with sheer rock cliffs on either side, passengers become lost in a timelessness that has escaped the rest of the world. 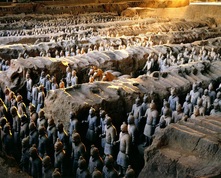 3. The Terracotta Warriors
The Terracotta Warriors is discovered in 1974 when a local farmer was digging a well, the terracotta army, buried in 210 BC with the first emperor of the Qin dynasty, is a breathtaking site. The thousands of life-size figures have individually unique faces and hair and armor styles appropriate to their rank. The museum of the Terracotta Army is located in Xi'an, Shanxi province. 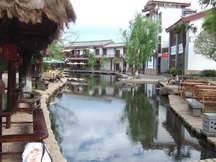 4. Li River
Li River has attracted countless people and has been praised by large amounts of writers and poets. They left numerous literary works to record and marveled at the beauty of Li River. Being the largest and most beautiful scenery spot of karst terrain, Li River was prestigious in very early periods. It is a pearl embedded on the vast silk ribbon of China, and it is also the spirit of Guilin. 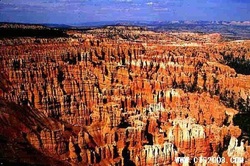 5. Dunhuang Yadan National Geologic Park
Dunhuang Yadan National Geologic Park is the largest one of Yadan Landform found so far. The park stretches twenty-five kilometers from north to south and about two kilometers from east to west. It features the unique and wonderful scenes and landscapes of Gobi desert. The most magnificent view is that you can find the ‘miniature’ for much world-famous architecture inside the park, such as the Temple of Heaven in Beijing, the Potala Palace in Tibet, the Arabian mosque, the Pyramid and Sphinx in Egypt, the relics of ancient Roman and so on. 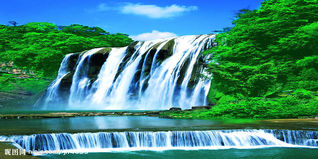 6. Huangguoshu Waterfall
Huangguoshu Waterfall is the highest waterfall in Asia, majestic Huangguoshu "Yellow Fruit Tree" Waterfall plunges a dramatic 77.8 meters across a 101-meter-wide span. It's one of a handful of mammoth waterfalls in the world that's accessible for viewing from almost any angle -- from above, below, front, back, left or right. The best visiting season is June to August, when the water reaches a peak flow of 700 cubic meters per second. 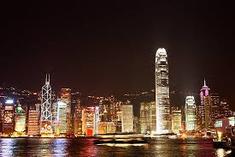 7. Victoria Harbor
It is among the world's most beautiful skylines with a backdrop of Victoria Peak. Wonderful and stunning views of the city and harbor area can be had in the observation decks of the tallest buildings and from Victoria Peak. During the day or evening, and perhaps especially during the Symphony of Lights most evenings, the view is beautiful and memorable. 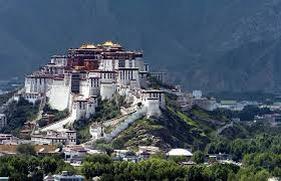 8. The Potala Palace
Potala Palace is a huge treasure house of materials and articles from Tibetan history, religion, culture and art. The palace is widely known for the precious sculptures, murals, scriptures, Buddha statues, murals, antiques, and religious jewelry housed within. The Potala Palace was traditionally the seat of the Dalai Lama, Tibetan Buddhists' spiritual leader. Famous for its imposing white walls surrounding the inner red palace, the building sits at 3,700 meters or over 12,000 feet. The Potala Palace is located in Lhasa, the capital of the Tibetan Autonomous Region. 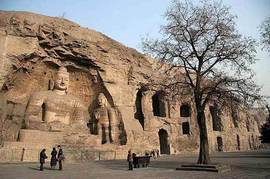