What is Winter Solstice Festival?

The Winter Solstice Festival is one of the most important festivals celebrated by the Chinese and other East Asians during the Dongzhi solar term (winter solstice) on or around December 22 when sunshine is weakest and daylight shortest. It is a festival even equivalent to the New Year in the past, telling people that the winter days have come formally. It is also known as "Chinese Thanksgiving", The coming of winter is celebrated by families and is traditionally the time when farmers and fishermen gather food in preparation for the coming cold season. It is also a time for families to come together.

The Origin of Winter Solstice Festival 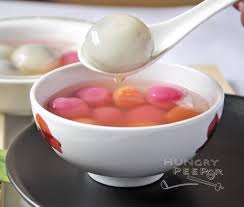 In ancient China, the Dongzhi Festival was a grand day. In Zhou Dynasty, great ceremony to offer sacrifice to heaven would be held, when the Winter Festival was the same as the New Year. It was until Wudi Emperor of Han Dynasty adopted the traditional Chinese calendar that the New Year’s Day was separated from the Winter Festival. While before that, the emperors, officials and ordinary people even dropped their works to celebrate this day solemnly!

The Traditional Customs and Activities on This Day

Traditionally, the Dongzhi Festival is also a time for the family to get together. In some parts of Northern China,
of cute animals. And the rice balls are must ate by couple for good luck. If two balls are left at last, the married will have all their wishes; if one, the unmarried will have success. Fruits and food are used to sacrifice to the ancestors.

Old traditions also require people with the same surname or from the same clan to gather at their ancestral temples to worship on this day. There is always a grand reunion dinner following the sacrificial ceremony. The festive food is also a reminder that we are now a year older and should behave better in he coming year. Even today, many Chinese around the world, especially the elderly, still insist that one is "a year older" right after the Dongzhi celebration instead of waiting for the Chinese New Year.